For many years now, Canada has been one of the most popular migration destinations for Indians. This is largely due to Canada’s immigrant-friendly policies and lucrative job opportunities. Since 2018, the doors of opportunity have been further opened to Indian Chartered Accountants. Canada-based, Professional Accounting Supplementary School (PASS) has tied with Orbit Institutes in India to help Indian CA’s apply for the Canadian CPA. In this article, we’ll take an in-depth look at how this arrangement works.

Who Are These People?

A global citizen and a recognised accountant in at least three countries, Krishan Sharma brought the Becker CPA Review to India in 1997. Today he runs Orbit Institutes which trains students for various accounting courses and has 12 branches across the country.

Why Have They Come Together?

In 2018, the Institute of Chartered Accountants of India (ICAI) signed a Memorandum of Understanding (MOU) with the Chartered Professional Accountants of Canada (CPA Canada) regarding reciprocal membership arrangements. This move opened up a number of employment opportunities for Indians choosing to qualify themselves to work in Canada.

PASS & Orbit have joined forces to help Indian students take advantage of this situation. In fact, Orbit Institutes is the only institute in the country to offer students the Canadian CPA course.

How Does the PASS- Orbit Program Work?

The PASS-Orbit program is designed specifically for Indian students. Lectures are delivered online & students have access to the recordings of these lectures as well. Since, the Canadian CPA is a part-time course; students have the flexibility of choosing when they wish to study. When a student registers for the course, they are given a physical binder of study material as well.

Indian students can study for the Canadian CPA while in India itself. They only need to be in Canada to write the final exam called the CFE or Common Final Exam. The CFE is usually held twice a year, in May & September.

What Advantage Does an Indian Student Gain from the PASS-Orbit Program?

The MOU between the two countries already puts Indian students at an advantage by letting them directly appear for the CFE. Canadian students on the other hand need to complete two Capstones before attempting the CFE.

The Capstones are designed to test a student’s ability to work in groups, make presentations & write case studies. Even though Indians don’t need to do them, the PASS-Orbit syllabus covers them. This ensures that Indian students are in no way behind their Canadian counterparts.

Capstone 1 is addressed in a 3 hour live session where students are given a summary of what is covered. Students are also marked on practice cases. Capstone 2 is built into the course. Those opting for this are advised to purchase additional Capstone 2 material. For those who absolutely cannot afford it, there is a cheaper program, which doesn’t cover capstones at all.

Overall the PASS-Orbit course for Indian students is far more comprehensive & economical than what is offered to Canadian students.

What Disadvantages Does an Indian Student Have When Attempting the Canadian CPA?

Indian students are required to have a basic understanding of Canadian Taxation. This is something that they may not be familiar with initially. Apart from the IFRS, they also need to be familiar with the ASPE.

In terms of the writing the exam, Indian students need to focus their practice on case- writing, which is quite different from what they may be used to studying. The PASS-Orbit course offers students a number of study-techniques to help them familiarize themselves with case-writing.

How Difficult Is It to Immigrate to Canada?

As a qualified Canadian CPA, it is not actually that difficult to immigrate to Canada. Having this degree adds points to your immigration process. Additionally, under the Federal Skills Workers Stream (FSW) a Canadian CPA is allowed express entry, which takes around 7 months to process.

Also, if you don’t want to live in Canada, keep in mind that the Canadian CPA designation is also recognized in Europe, Asia & the Caribbean.

So, are you ready to explore new horizons? If you’re still on the fence, watch this introductory video , where the founders themselves of both PASS & Orbit Institutes give you more details of what’s in store for you. 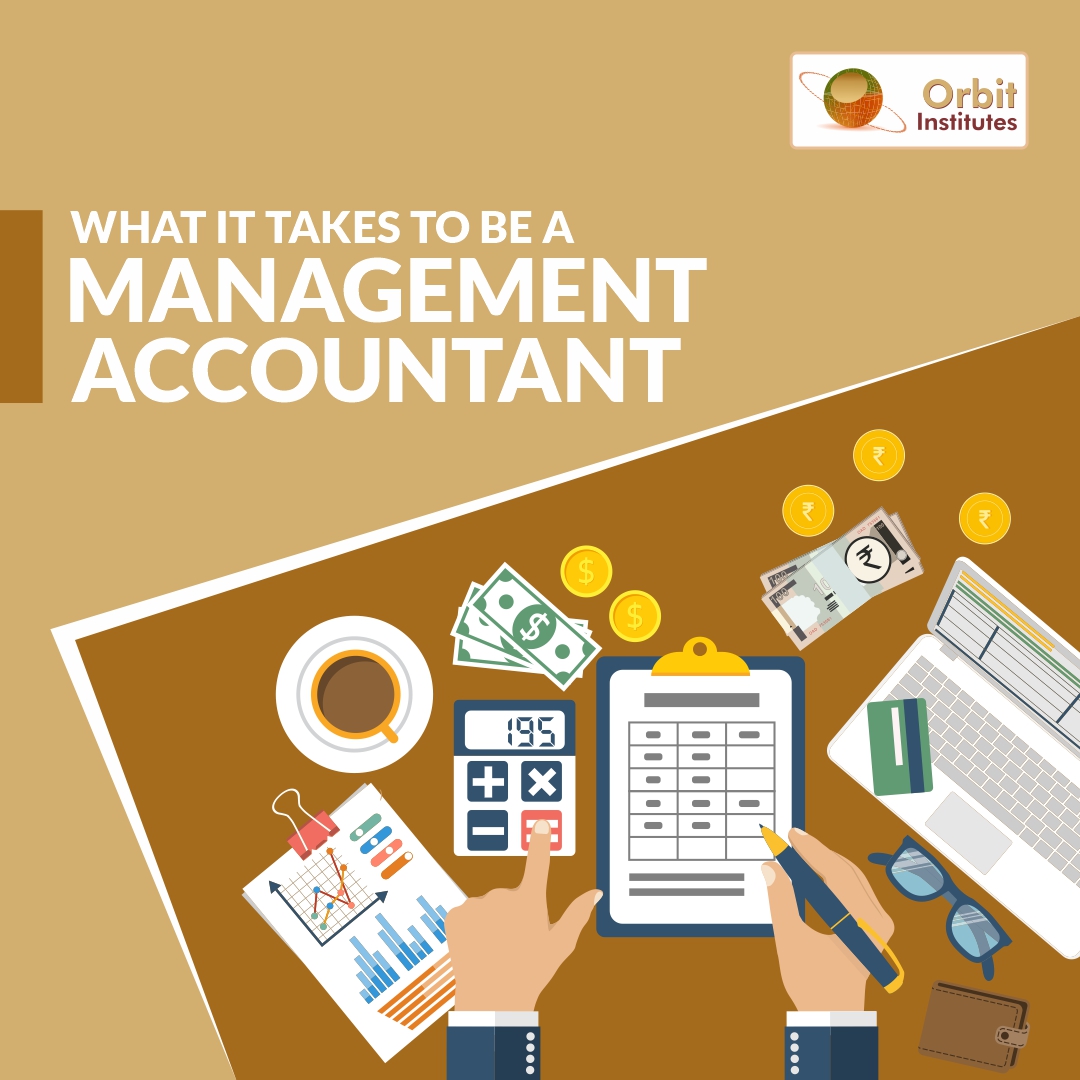 The world of finance is vast and for a beginner, quite overwhelming, to say the least. In this series, we at Orbit Institutes take you through some of the finance professions out there, so you can make an informed choice. Today we’ll explore what it takes to be a management accountant.

What do management accountants do?

Have you ever dreamed of being a chief executive officer or a chief financial officer of a company? Then your interest may lie in management accounting.

Management accountants work across multiple fields and across all areas of an organization. They essentially advise management on the financial implications of their decisions. They also suggest ways for the company to improve their bottom line and manage financial risks.

On a day to day basis a management accountant may supervise the work of other junior accountants in the company. In smaller firms however they may take on the tasks of their juniors as well, becoming a one stop shop for all the financial needs of the company. They also take charge of ensuring that the company follows all compliance laws. Some management accountants may have a specific area of financial expertise such as taxation . Depending on the requirement a company may have hired them keeping their specialisation in mind.

It is only natural for one to wonder about the potential of the scope of work available in a certain career path. And those entering management accountancy are in luck!

Management accountants are hired by all kinds of companies be it private firms, large enterprises, government agencies and so on and so forth. They are also not restricted by sector.

Skills required to be a management accountant

Fundamentally all management accountants are required to have an aptitude for both numbers and business. This includes a foundation in basic accounting along with some amount of economics.

As with any other management role, soft skills are a must. A good management accountant will not just have strong communication skills but will also have great interpersonal skills. The person must be good at collaborating both within and outside of the department. Very often the people a management accountant deals with may not have a background in finance.at these junctures the management accountant needs to be able to summarise and simplify their data, without losing its important aspects.

one of the most important skills for a management accountant is the ability to see the overall picture. How would one decision impact the company over time? How do current market trends affect your business and what are the factors that drive your business as a whole? Being able to see beyond the numbers and answer these questions to create and modify strategies is what management accountants need to excel in.

While the above maybe the primary skills required, a management accountant also needs to have excellent problem-solving and analytical skills apart from other things.

As with any other career one needs to begin at the bottom and climb upwards. For a management accountant this usually means starting as a staff accountant or an analyst and growing from there. At mid-level one maybe a senior accountant, accounting manager or even a senior internal auditor. To display true growth in this field one must work on projects that utilise their decision making skills. That could involve volunteering for extra projects and consistently upgrading one’s skills and demonstrating expertise in multiple areas.